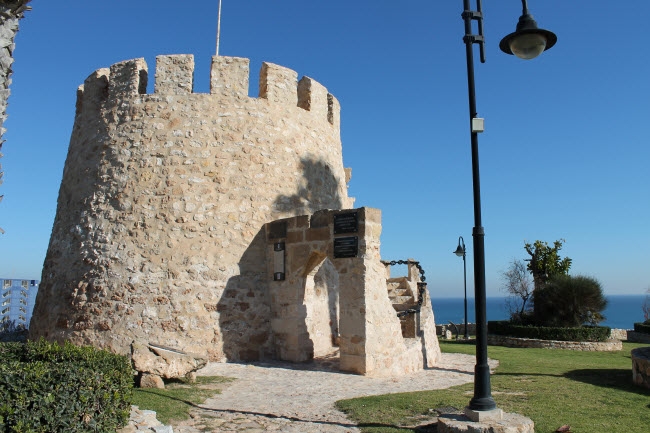 Torrevieja is a coastal town south of the province of Alicante, in the district of Vega Baja. Its municipal borders to the north with that of Guardamar, Rojales and west with Benijófar, southwest with Montesinos and San Miguel de Salinas and south to the beaches of Orihuela.The weather in Torrevieja is very stable. Answer a temperate continental, predominantly mild temperatures in both winter and summer.

Torrevieja boasts magnificent beaches along its coastline, all of them, with gentle waves to enjoy a relaxing time together with numerous amenities such as restaurants, cafes and gift shops.

All beaches have recreational games, surveillance, information booths, and banner with sea state, footbaths and disabled access. Also from the castaway’s beach, south to the beach of La Mata, north, you can stroll through a great promenade.
Access to Torrevieja from national and international sources, can be done by train, plane, bus or car.
Torrevieja is located 50 minutes from Alicante airport, 30 minutes from San Javier Airport and 1 hour from Alicante Train Station.
Here we provide all directions to Torrevieja for the quickest and easiest way:
Torrevieja has its own exit from the AP-7 or Autopista del Mediterráneo (E-15 in the European driving directions), so it is very easy to drive to Torrevieja from anywhere in Spain. The coastal road access is via the N-332.

You can visit:
The lagoons of La Mata and Torrevieja, wetlands are one of special interest for its botanical value, for its landscape of remarkable beauty, as well as socio-economic perspective, it is not to forget that inside is the exploitation of Salinas of Torrevieja, one of the most important in Europe
It is the quintessential seafront of Torrevieja. Popularly called "The Rocks", born in the Paseo de la Libertad, and are joined together to Mariners Avenue, in the heart of Playa del Cura. It is situated on the coast rocks Torrevieja, being drawn to early last century.
The Natural Municipal Water Mill Park is 17.22 hectares, is a system that is part of a larger coastal corridor serving as communicating the Natural Parks of Las Salinas de Santa Pola and Lagunas de La Mata and Torrevieja .
Directed by the Museum of the Sea and Salt, from May 8, 2004, the submarine Dolphin becomes the first ship of the Spanish Armada to become floating museum
The Museum of Sea and Salt from the March 23, 2006 offers visitors a new floating museum, the Albatros III. We want your interior to be a reconnaissance visit to the work performed by the crew.